The Egidius Spring of Buják 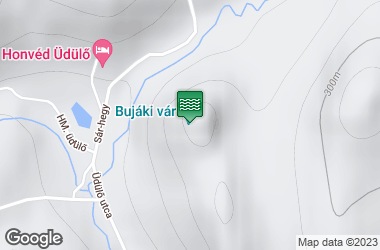 How to get there

You can get there from Buják on the asphalt road leading to the oak trees. Turning left at the Selyem Meadow, on the edge of the forest, we find the spring named of Egidius, which was declared protected in 1943.

Saint Egidius Gilles, also known as Szent Egyed, the Provencal hermit and founder of the monastery, was one of the 14 auxiliary saints and patron of the nursing mothers. According to a Legend a deer cow fed him milk. On a hunt, Wamba Western Gothic King shot an arrow on a deer, but Saint Egidiusprotected the deer with his body. The king, seeing this, donated a significant area around the event (near the mouth of the Rhone River) to the hermit where he established a monastery. King St. Ladislaus established his cult in Hungary and established a Benedictine abbey in Somogyvár, where the monks came from the Saint-Gilles monastery.

Instead of the name Egidius, local people know the place as the spring of Selyem meadow. At the edge of the woods, in the bed of a small stream, is a special reserve with the spring. The stone vault above it was raised by hikers in the 1940s. Nowadays, its water output has fallen sharply and no more water comes out of the drain. A resting area with benches and tables has been set up nearby. The stream provides a suitable breeding ground for our protected amphibian species, such as the spotted salamander (Salamandra salamandra).